Born and raised in Washington, D.C., Jossan Robinson has always performed or entertained in some capacity since childhood. In his youth he would travel with a group of "Storytellers" to Washington, D.C. area schools and recite stories. Later, while pursuing a degree in Mass Communications, he would pick up the art of acting and become a Theater Minor in college after being recommended to pursue acting, which led to castings in a duo of independent films in Baltimore, MD. Since that time he has gone on to become a film, television, commercial and voice actor, appearing in over a dozen independent films such as the upcoming film "Love Dot Com", Written & Directed by Charneice Fox and produced by B.K. Fulton & Monty Ross of 40 Acres and a Mule Filmworks. He's also been featured recently on the likes of TVOne's "For My Man" & "Thou Shalt Not" and the ID Channel's "Dead of Night" & "Jane Doe Dairies." His most important credit to date is being cast in the Smithsonian's National Museum of African-American History & Culture in their interactive exhibit "The Green Book". 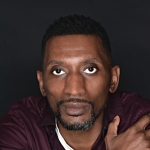 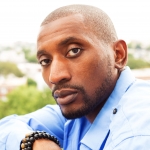 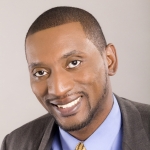